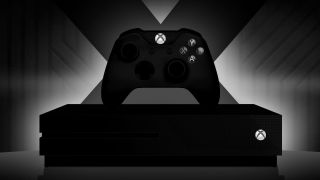 Rumors have circulated for some time about a lower-cost next-gen Xbox console that would sit just below Project Scarlett, the high-end console Microsoft announced this past year at E3. But, so far, very few of those rumors were founded on anything substantial.

Now, thanks to some great reporting by Kotaku’s Jason Shreier, we know that there is indeed a lower-specced console in the works from Microsoft that will still play all the next-gen games.

Project Lockhart will be disc-less console – a trait that it will carry forward from the Xbox One S All-Digital Edition – but Kotaku‘s sources believe it will be substantially more powerful than Microsoft’s current disc-less box, and will come with both a solid-state hard drive and a faster CPU than any current game console.

The report goes on to say that Microsoft told developers to shoot for a 1440p resolution and 60 frames-per-second frame rate with Project Lockhart and 4K/60 with Project Scarlett, and those same developers have likened the performance of the lower-end console to the PS4 Pro.

So how much will Project Lockhart cost?

That’s the million-dollar question at the moment. Developers weren’t told those key details or, if they were, they weren’t shared with Kotaku.

For now, all we can say for sure is that it will sit beneath Project Scarlett – the Xbox One X equivalent for the next-generation of consoles – and that Project Lockhart will primarily see use as a digital gateway for both Microsoft’s game-streaming service, Project xCloud, and its Xbox Game Pass service.

Will either Project Scarlett or Project Lockhart be more powerful than the PS5? Unfortunately we don’t have the answer to that and, according to devs who have first-hand experience with both, neither do they.

Those questions, and many more, will likely be answered sometime in 2020 when both consoles get a proper unveiling and announcement – we hope – before E3 2020.