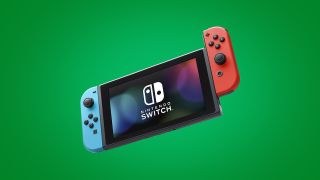 This close to Black Friday we’ve seen some tremendous deals already on a great range of tech items. For gamers, PS4 and Xbox One console bundles have seen the best prices of the year over on our roundup of the best Walmart Black Friday deals.

But the Nintendo Switch is by far and away the most in-demand console of the season, and after an awfully dry few months, we’ve had our fingers crossed for something special this Black Friday.

Well, at this moment in time, they’re still crossed and it looks like retailers might be saving the finest Nintendo Switch Black Friday deals for the big day itself, or maybe even Cyber Monday after the weekend.

Walmart’s ‘best’ Nintendo Switch deal that’s launched as a part of its Black Friday sale (which kicks off today at the famous retailer) is currently a Switch bundled with Mario Kart 8: Deluxe – a remaster of an old Wii U title – for $299. So the base price of a Switch with a free game. Things are much different in the UK, where the Switch is seeing great deals with discounted games.

Don’t get us wrong, Mario Kart is a fantastic game to get with a Switch , especially as most gamers skipped the ill-fated Wii U, and it’s a super fun multiplayer experience too (Blue shells aside of course).

But two and a half years after the Nintendo Switch was released, we were really hoping for a better Black Friday deal than a free launch title. And don’t forget, this is the original version of the console, rather than the updated one that includes a longer-lasting battery.

Nintendo Switch | Mario Kart 8: Deluxe: $299 at Walmart
Mario Kart 8: Deluxe is an ace multiplayer game and an essential purchase on the Switch. Prices for it on its have crept up lately, so you technically are saving money with this bundle, but it’s disappointing that the price isn’t lower seeing how both the game and console have been around for a while now.
View Deal

Just days ago, we saw Walmart selling a Switch bundle with Spyro Remastered for $289. And this was including the newer version of the console too. Which makes the Mario Kart bundle offered above all the more disappointing. Best Buy has a decent offer on at the moment too that comes with the new version of the console, a 128GB  memory card (will help improve on the modest 32GB of on-board storage), some controller covers and a carry case for $334.97.

So we’re very much hoping that Spyro bundle comes back, or that Walmart, or any other retailer of course, comes along with a better offer soon. As things stand at this moment in time though, this is the best Nintendo Switch deal in the US. You can surely do better though! Right?

We’re here to help. So keep an eye on our roundup of the latest Nintendo Switch bundles as we’d hate you to miss out on a better deal.

If you’re not in the US, you can see today’s best deals on the Nintendo Switch where you are below.


Shop more fantastic offers with our roundup of the best Walmart Black Friday deals that are happening now.

Hurry! Get $500 off the Canon Rebel T7i in this brilliant Black Friday deal