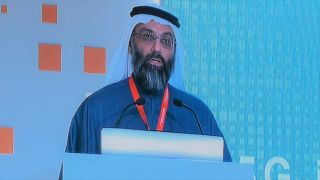 Telecommunications Regulatory Authority (TRA) of the UAE will unveil the “UAE 5G Strategy” for the next five years on Monday.

Speaking to TechRadar Middle East on the sidelines of the “UAE 5G Conference” on Sunday, Tariq Al Awadi, Executive Director of Spectrum Affairs at TRA UAE, said the strategy will chalk out the roadmap to accommodate and implement 5G for the next five years.

“Tomorrow, we will announce what kind of frequency bands will be assigned to operators every year based on use cases and verticals. By 2025, we will have 100% coverage of the UAE with 5G millimetre wave (24.25GHz to the 86GHz),” he said.

Telecom operators in the UAE, etisalat and du, are offering 5G services in the C-band (3.3GHz-3.8GHz).

When the technology is ready from the vendors, he said that telecom operators will provide the network and TRA will provide a good spectrum.

Hamad Obaid Al Mansoori, Director General of Telecommunications Regulatory Authority, said that some verticals will get more priority if they have a 5G application and telco operators need to provide the network infrastructure.

“Dubai Silicon Oasis is testing autonomous cars right now. As it is a remote location and there is no real business use case, we are providing the 5G network,” he said.

DSOA and RTA have conducted a Leaders Category of the Dubai World Challenge for Self-Driving Transport which included a series of placement tests that relate to endurance and authenticity and the ability to drive under traffic conditions simulative to reality such as water sprinklers, different sizes of road humps, sandblasting machines, etc.

According to the Dubai Future Foundation’s ‘Dubai Autonomous Transportation Strategy’, 25% of the total transportation in Dubai to be in autonomous mode by 2030, involving 5m daily trips, and save AED 22b in annual economic costs.

Al Awadi said that there are some use cases for 5G but “we are still in the early stages. Organisations are still working on developing 5G standards and one of the big challenges for 5G is to develop standards,” he said.

Beginning of 2020, he said that TRA will allocate 400MHz of the C-band to the telecom operators and the 5G committee at TRA will be restructured to focus only on verticals.

Al Awadi said that the UAE had issues with satellite operators such as Thuraya and Yahsat in the C-band but has made some technical arrangements on how to protect their air stations.

Moreover, he said that the area surrounding the satellite operators’ space will be protected and that space will not have 5G coverage.

However, he said that the 5G business model is different from 3G and 4G and the UAE is ready for the fourth industrial revolution and the spectrum is ready.

“The devices for verticals such as manufacturing, utilities, healthcare, retail, agriculture and

Automotive, etc. are not yet ready but the network will be ready. The new use cases are the ones which will make 5G a success,” he said.

Telcos urged to partner with public and private sectors

To make 5G a success, he urged telecom operators to make government entities and private sectors as partners and not as customers.

“If you treat them as ordinary customers, you [telcos] will not succeed. You need to work with them and see their needs and treat them as partners,” he said.

When asked whether UAE will provide a dedicated 5G private network for universities and industries as in Germany, he said that only Germany does it and that is because they have big industries.

“Right now, we are offering only the spectrum to telecom operators and not to private networks. If we do that, then we will not have a very good 5G network in the UAE,” he said.

Ravens vs Bills live stream: how to watch today's NFL football 2019 from anywhere

Chiefs vs Patriots live stream: how to watch today's NFL football 2019 from anywhere