Fifty years ago, NASA astronauts drove on the moon for the first time.

If you can believe it, the moon isn’t exactly easy to drive on. There are no roads. There’s no oxygen. Gravity is weak. Temperatures range from -280 degrees Fahrenheit to a scorching hot 260 degrees. And the dust… The dust is awful.

“The lunar environment is just such a horrible, horrible environment when it comes to dust getting in things,” said NASA’s acting chief historian Brian Odom.

But NASA overcame those challenges. In 1971, the space agency’s fourth successful Apollo mission landed a crew on the moon. It carried the Lunar Roving Vehicle (LRV) — a two-seater with an intended top speed of 8 miles per hour. Suddenly, astronauts could explore more of the moon than ever before.

The next year, Apollo 17 astronauts pushed the rover to a blazing 11.2 miles per hour.

Toward the end of the Apollo 16 mission in 1972, astronaut John Young drives the Lunar Roving Vehicle to a parking spot where it still sits on the moon today.
Credit: nasa

“[Apollo] 11 was just: Park on the moon, look around the ship, and get the hell back to Earth,” Odom said.

At that rate, though, NASA would need to land an absurd number of missions on the moon to really explore it. With future Apollo missions beginning to get canceled due to budget constraints in 1970, NASA had an increasingly limited window to explore the moon and needed to get the most out of each launch.

“The rover was made to solve that problem,” Odom said.

Now, the moon is again in NASA’s sights. A crewed trip around the moon and back is scheduled for 2023 through the Artemis program, with crewed landings expected to follow. NASA hasn’t said anything official about a new rover, but an image from the Artemis webpage hints at a buggy peeking in from the right side. 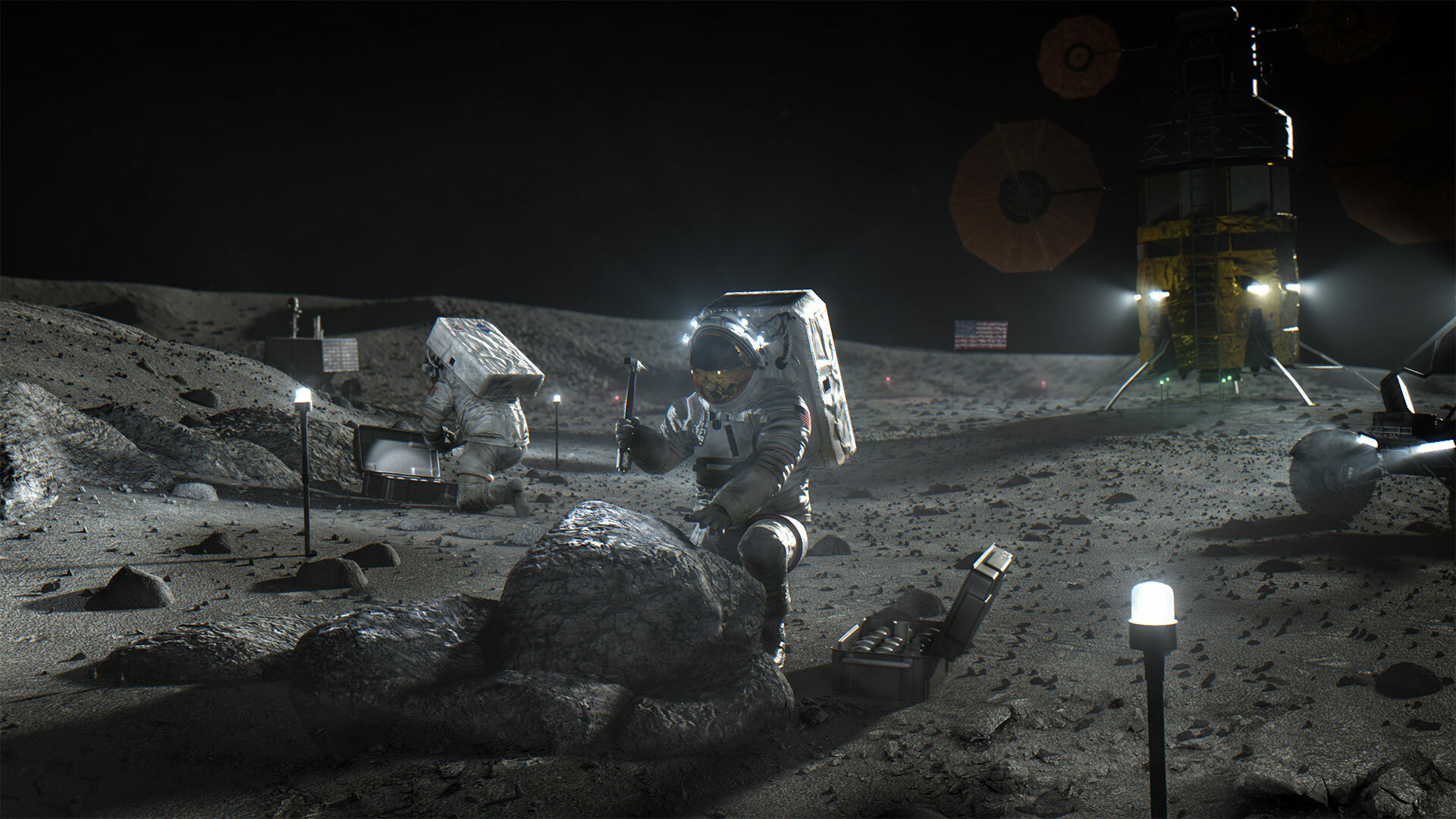 An illustration from NASA’s official online materials about the Artemis program show astronauts working on the moon with a portion of a rover visible on the right.
Credit: nasa

General Motors and Lockheed Martin announced in May that they were partnering to build lunar rovers. Their promotional materials show three sizes of rover, including one large, enclosed, van-like vehicle. Although the companies said the rovers could be used by Artemis astronauts, NASA has not announced a deal with the developers.

Driving on the moon

Just a few months after Apollo 11 astronauts first walked on the moon, NASA officially awarded the LRV contract in October 1969. NASA’s Marshall Space Flight Center in Alabama would work alongside Boeing and General Motors’ Delco Electronics to have a launch-ready moon buggy in just 17 months.

One of the instrumental minds behind the LRV was Ron Creel. Creel was a thermal control engineer, and working on the LRV was his first full-time job after graduating college. He wasn’t nervous about the relatively short project timeline, he said in an interview. 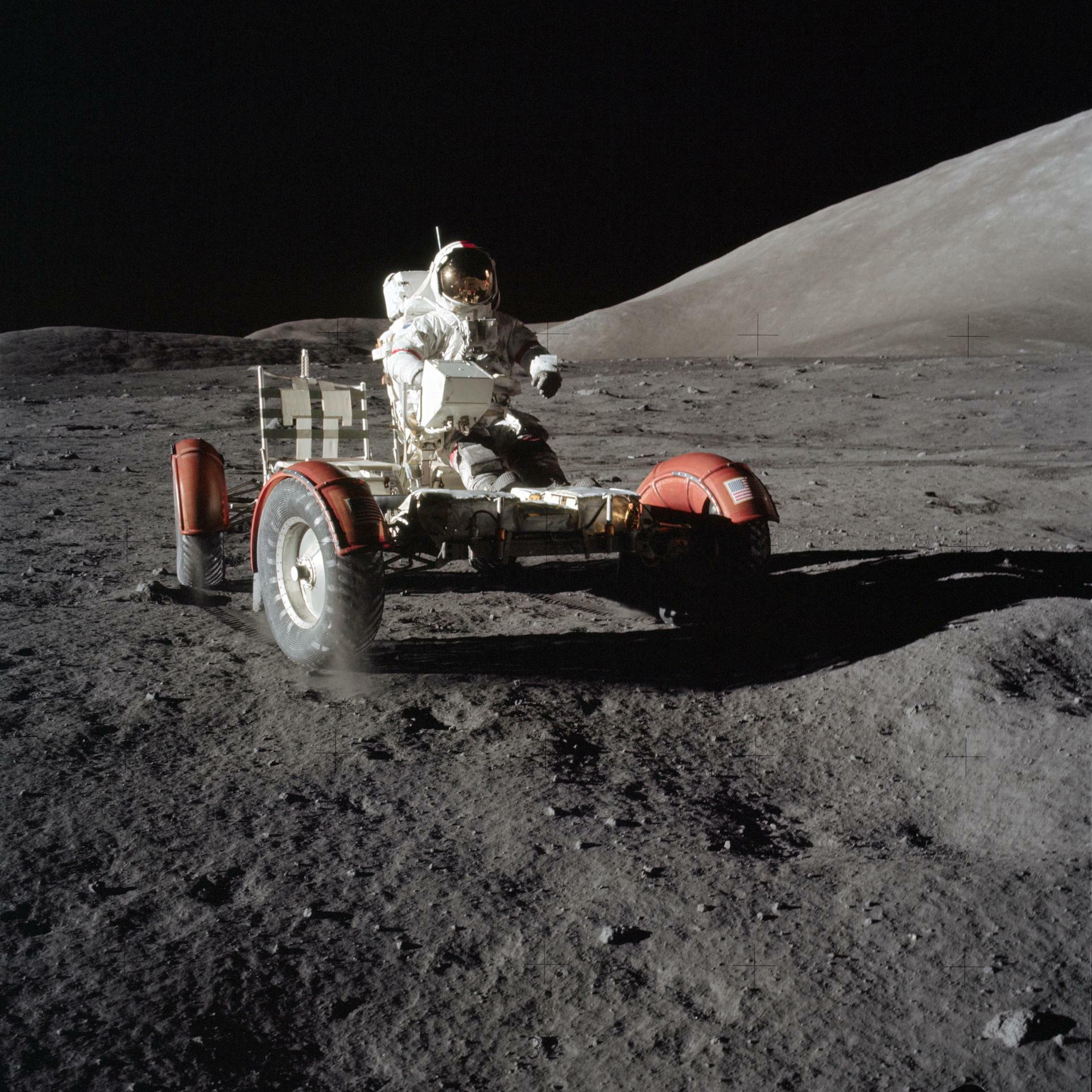 Astronaut Eugene Cernan sits on a barebones Lunar Roving Vehicle during Apollo 17 in 1972. After lowering it from the Lunar Module and unfolding it, astronauts had to raise the seats and install equipment like communications antennae. In this image, the astronauts have not finishing loading equipment onto the LRV.
Credit: NASA

“Certainly it was a challenge,” he said. “They had done a lot of work at Marshall Space Flight Center and out in desert testing on rovers testing on rovers. So they had a pretty good idea about the mobility and how you would go about driving.”

Bulky astronaut spacesuits inspired the use of a joystick-like hand controller and control console instead of a more traditional steering wheel and pedals. The open-air design made the rovers both easier to get on and off, and easier to fold and store on the Lunar Module. 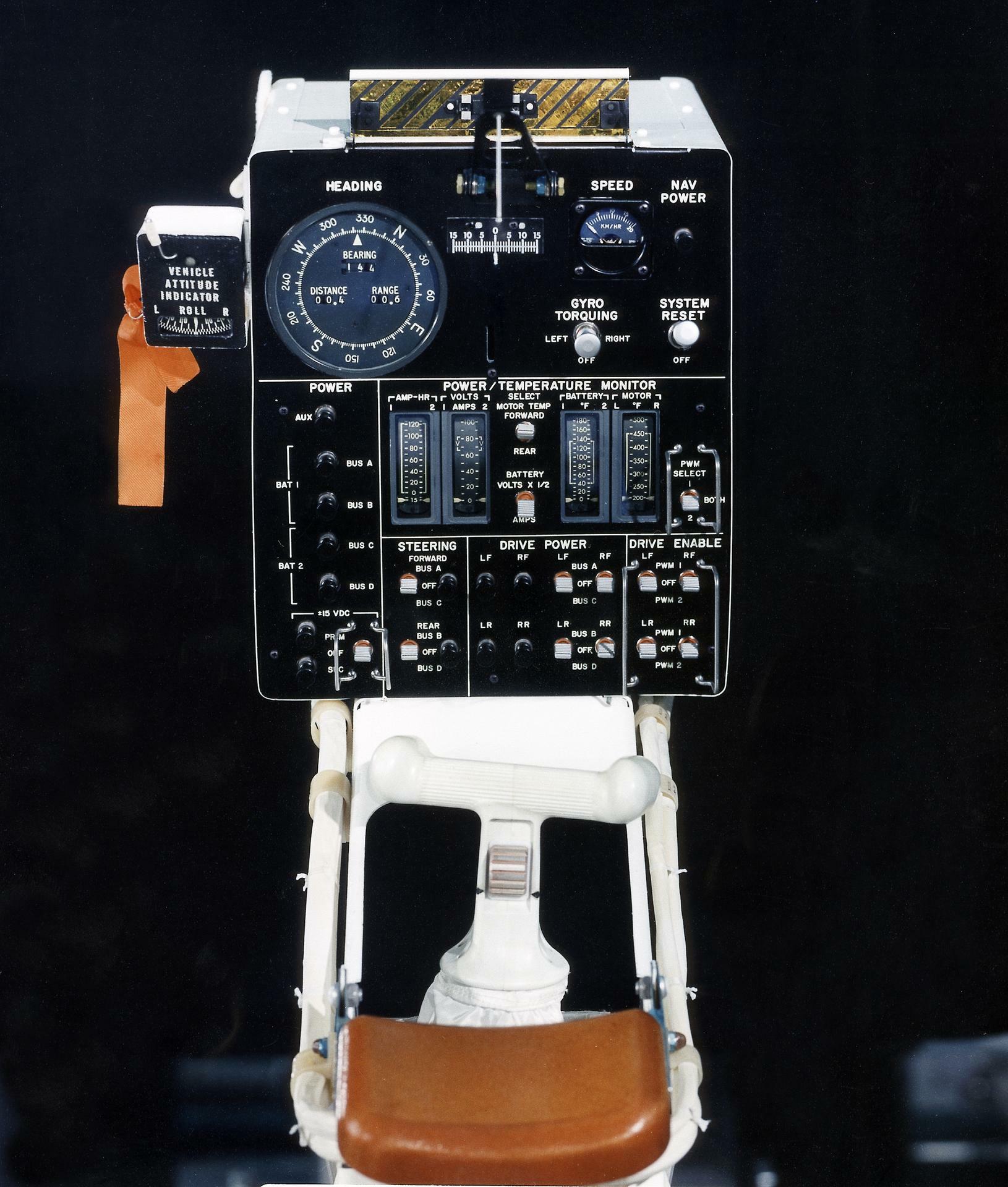 Over the three missions, astronauts drove the rovers 22.3 miles.

Engineers faced some pretty steep design hurdles. The rovers had to fold up to fit on the Lunar Module. They had to function in low gravity. And dust got absolutely everywhere.

Moon dust soaks up solar radiation, giving it an electrical charge and making it extra clingy. With no wind or water erosion on the moon, the dust has a sharp, glass-like quality. It eats through layers of spacesuit material, gums up mechanisms, and messes with electronics. To cope, fenders kept the LRV’s wheels from kicking up too much dust, dust covers shielded radiators during drives, and brushes were used to sweep away excess dust. 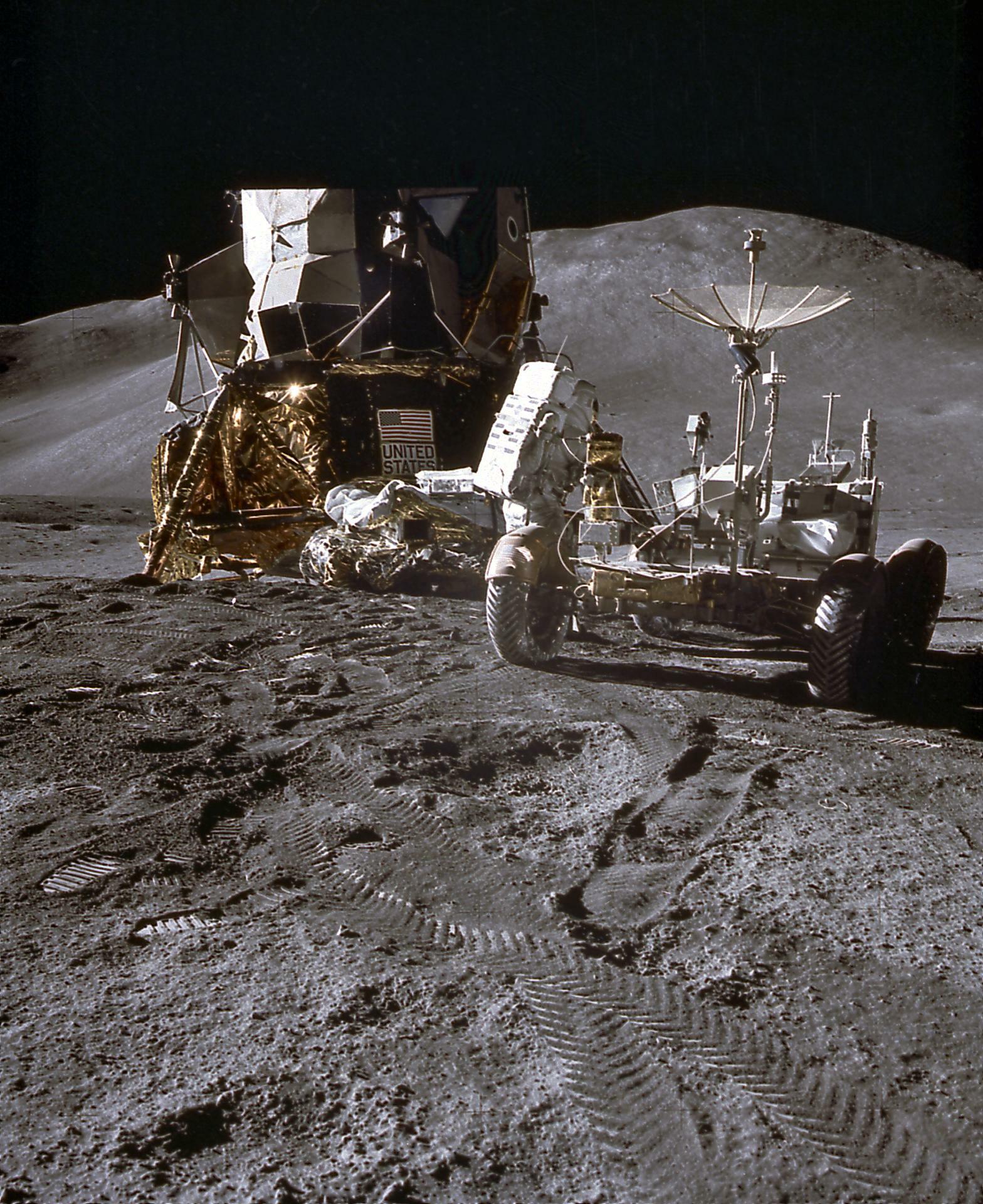 Astronaut footprints and tracks from the LRV are visible on the dusty surface of the moon, pictured here during Apollo 15.
Credit: NASA

The engineers had another problem: keeping the electronics on the LRV from freezing and overheating, both during the space journey and on the moon. One ingenious solution was called “barbecue mode.” In transit, the spacecraft rotated like a rotisserie, which distributed and regulated heat.

Creel’s work on the LRV’s thermals earned him a Silver Snoopy. Given out by astronauts, the adorable silver pin is a prestigious and rare award given to employees who contribute significantly to missions.

The three rover models are effectively identical, although wheel fenders on the Apollo 16 and 17 LRVs did take damage, both from astronauts accidentally catching the fender extensions with hammers and popping them off. To stem the extra dust kicking up from the back wheel, Apollo 17 astronaut Eugene Cernan came up with a ragtag solution.

“He came up with a method that was: Take some lunar maps that they had in the Lunar Module, duct tape them together, then take some clamps out of the Lunar Module and clamp on that new fender extension on the road,” Creel said. “And it did help them out.” 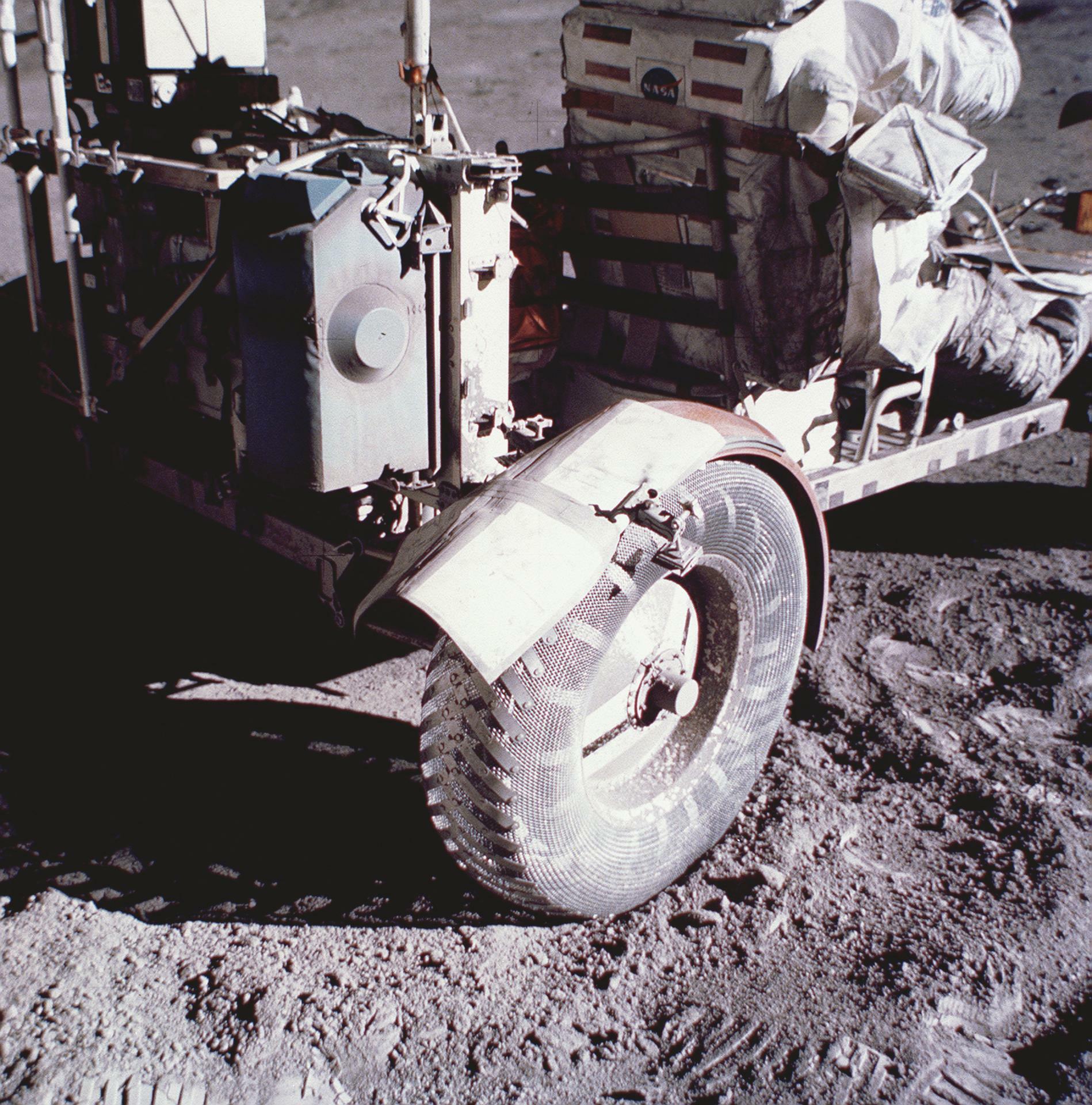 A makeshift solution for a broken fender on the back of the Apollo 17 Lunar Roving Vehicle. Astronaut Eugene Cernan accidentally broke the fender with a hammer.
Credit: nasa

The LRVs were NASA’s first rovers used outside Earth, arriving on the moon less than a year after the Soviet space program’s first remote-controlled Lunokhod 1 touched down. Despite the challenges and a couple hiccups, the LRV was a resounding success.

“It was a great feeling to be associated with the development program,” said Otha H. “Skeet” Vaughan Jr. in an email. Vaughan helped develop the environmental design criteria for the Lunar Roving Vehicle — basically, instructions on how to make a buggy that actually works on the moon.

With waned interest in the moon, NASA didn’t land another rover on an extraterrestrial body until Sojourner hit Mars in 1997. The agency’s next lunar rover, VIPER, won’t launch until at least 2023, the same year that the crewed flight around the moon, Artemis 2, is scheduled.

If astronauts stay on the moon for several days, future rovers will need to be able to withstand the moon’s most extreme temperatures. There are also the dust and radiation issues.

“Use past experience,” Creel said as a piece of advice to today’s engineers. “We certainly didn’t know everything we were going to be doing and needed to know about, but had probably 95 percent of it done.”

As astronauts explore the moon in the future, they may come across the original three LRVs. They won’t work anymore, given the harsh environment, but they’ll be sitting there, monuments to a previous era of space exploration. 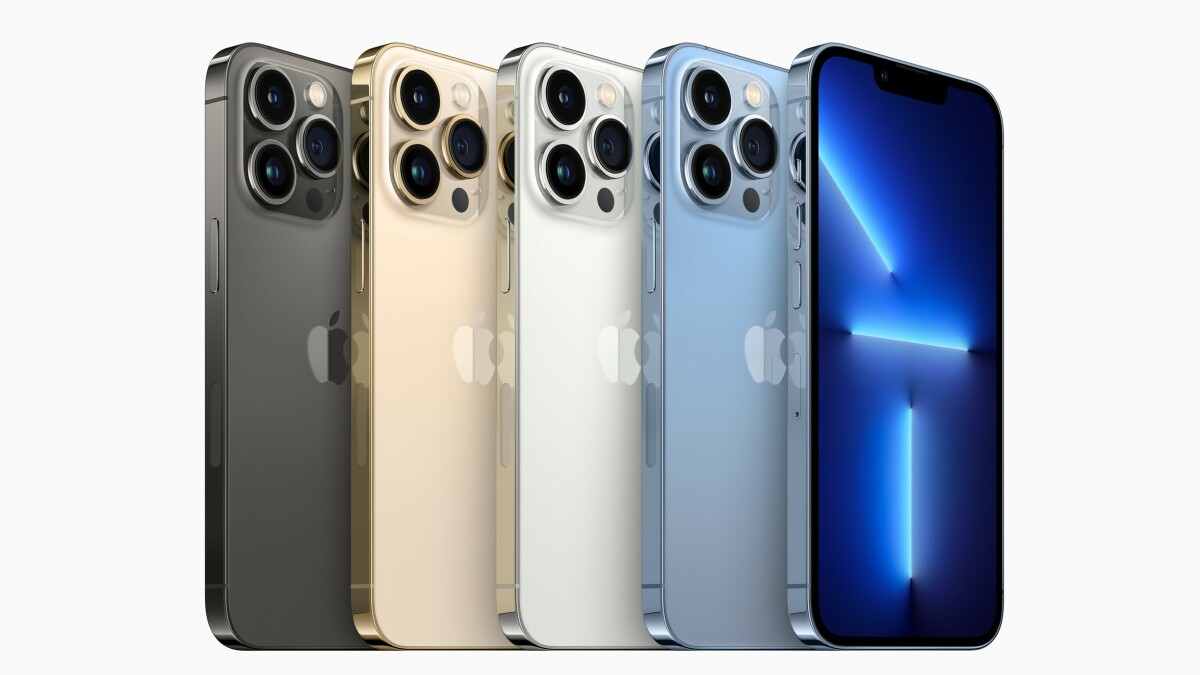 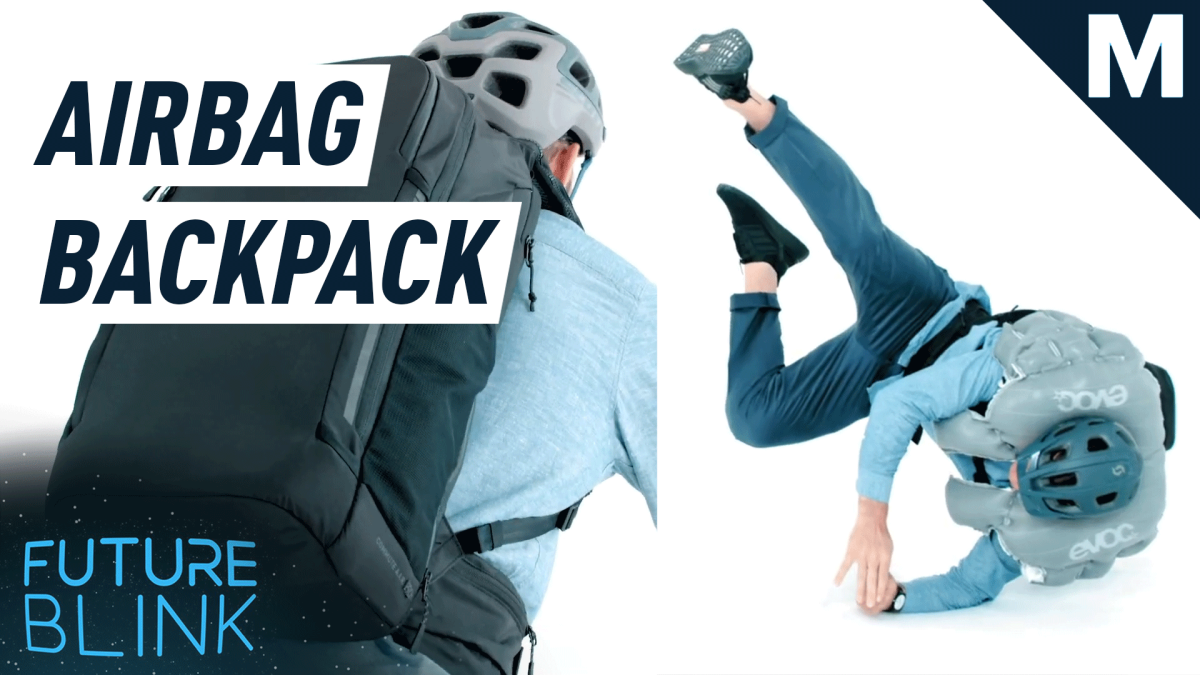