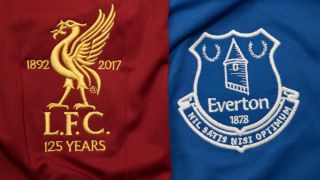 Of all Amazon Prime Video’s selection of Premier League matches, the Merseyside derby has to be the pick. We have full details below on how to watch the game for with our Liverpool vs Everton live stream guide – no matter where in the world you are.

With Man City’s challenge faltering in recent weeks, Liverpool appear to be waltzing to a long-awaited, first-ever Premier League title. Nevertheless, there’s nothing like a derby against noisy neighbours to upset a good run. Everton’s hugely underwhelming season thus far has put boss Marco Silva’s job in doubt, but an against-the-odds win at Anfield tonight against their Merseyside rivals could get the Toffees board and faithful back on side.

Jurgen Klopp’s side currently stand eight points clear at the top of league, having had their league cut by three points following Man City’s convincing 4-1 win at Burnley last night.

Liverpool vs Everton live stream – where and when

They’ll be keen to restore their huge points gap tonight against their great rivals at home, but will need to do so without talismanic keeper Alisson who was sent off in the Reds’ win over Brighton, with former West Ham stopper Adrian set to once again deputise for the Brazilian.

Everton come into tonight’s game off another demoralising defeat, but they were somewhat unlucky against Leicester, having let in an agonising injury-time goal to lose 2-1. They did at least show signs of fight and will be desperate to save the manager from what currently looks like an inevitable sacking.

There’s nothing quite like a high-stakes Merseyside derby – watch all the drama unfold as it happens with our Liverpool vs Everton live stream guide below. To find out how to watch the rest of the season’s games, check out our guide on how to live stream the 19/20 Premier League football season.

If you’re abroad this weekend but still want to watch your home coverage, you’ll need a VPN to do so. That’s because your normal coverage will be geo-blocked. It’s really easy to do and stops you having to tune in to some dodgy stream you’ve heard about on Reddit.

A VPN is perfect for this as it allows you to change your IP address so you appear to be in a completely different location. We’ve tested hundreds of VPNs and can recommend ExpressVPN as the best VPN service currently available.

Express VPN (which also comes with a 30 day money back guarantee) is the #1 rated best VPN in the world right now. You can watch on many devices at once including Smart TVs, Fire TV Stick, PC, Mac, iPhone, Android phone, iPads, tablets etc. Check out Express VPN and get 3 months extra free when you sign up for an annual plan.

And don’t forget that a VPN isn’t just for football…there’s loads you can do with them. From unblocking restricted sites and watching Netflix in other countries to adding an extra layer of security for online shopping and banking.

The internet giant has purchased exclusive rights to show all ten matches from this midweek round on its Prime Video streaming service, which includes this clash at Anfield, as well as all the traditional Boxing Day games.

You’ll need an Amazon Prime subscription to watch these festive period games, with a year’s subscription costing £79 a year or £7.99 a month. And Christmas will be coming early if you’re a thrifty sports fan that’s new to Amazon Prime. That’s because Amazon offers a 30-day free trial to those signing up to the service for the first time.

Amazon Prime Video is available via a wide array of apps and smart devices. If you’ve got a TV, Blu-ray player or other media player from the last couple of years chances are it’ll have the Amazon Prime Video app either pre-installed or available from its app store.

If you’re not in the UK but want to catch up with any of the Amazon coverage, then you’ll need a VPN to relocate your IP to the UK and get around the region restrictions. Just follow those instructions above.

How to watch Liverpool vs Everton: US live stream

NBC is the official US broadcaster for the 2019/20 season and kick-off for this game is at 3.15pm ET, 12.15pm PT with live coverage on NBCSN. If you don’t have cable then you can tune in on streaming services such as Sling, PlayStation Vue and Fubo (all of which have a free trial).

How to watch a Premier League live stream in Canada

The network is set to show all 380 fixtures live including today’s game, as is offering a one-month free trial, followed by a rolling $20-a-month or annual subscription of $150.

The dedicated DAZN app is available for iOS and Android phones and tablets, as well as Amazon Fire TV, Android TV, Chromecast, Apple TV plus most modern Smart TVs.

Of course, if you are outside Canada, you can follow the VPN route above and tune in with a DAZN log-in all the same.

How to live stream the Merseyside derby in Australia

Optus Sports now has exclusive rights to show every single Premier League fixture live – yep, all 380 of them including today’s game between the two Scouse rivals.

Aussies can stream Optus Sport coverage via their mobile, PC or tablet, and can also access the service on Fetch TV, Chromecast or Apple TV.

Those who aren’t already signed up to the Optus telecommunications network can also take advantage of monthly subscriptions to Optus Sport and watch all the games live. The service is available for AUS$15 per month and can be accessed via Google Play or the App Store.

If you’re outside Australia and want to tune in to Optus Sport, you can use one of our favorite VPNs above and watch the coverage from another nation.

How to watch Liverpool vs Everton: New Zealand live stream

Streaming service Spark Sport has won the rights to show the EPL in NZ, and you can watch today’s game live, with kick-off at 8.15am NZDT on Wednesday morning.

Spark has the rights to show all 380 games live and is offering a one-month free trial, with access after that period priced at $19.99 a month.

Spark Sport is available via web browsers on your PC, plus Apple and Android phones and tablets. You can also watch on Chromecast and selected Samsung TVs, with plans to make the app available on Apple TV and Smart TVs later in the year.

How to live stream Liverpool vs Everton in India

Star Sports Select HD 1 is the place to tune in if you’re in India for today’s match between Liverpool and Everton, with coverage starting as 10.15pm New Delhi time.

You’ve probably guessed the alternative by now – get yourself a VPN to change your IP and tune in to a live streaming service from another country.

How to stream all the online action straight to you TV

The ability to live stream all the football to your phone or tablet is undeniably useful – you don’t have to miss a single goal, even if you’re out of the house. But if you want to stream the Premier League from the internet to your TV, then picking up a streaming box might be useful. Check out our guide to the best streaming media players, where the likes of Apple TV, Roku and Amazon Fire are all included.