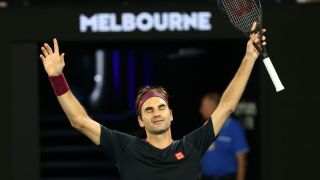 This year’s Australian Open has had been so jam-packed full of great tennis, shocks and surprises that it hardly seems believable that we’ve already made it to the semi-finals. And as we reach the business end of the tournament, we’ll tell you how you can watch all the tennis action unfold from absolutely anywhere in the world with our handy Australian Open live stream guide below.

The familiar names of Novak Djokovic and Roger Federer head up the men’s odds, while local heroine Ashleigh Barty is now the name in the frame to take the women’s tournament (at the time of writing, at least!).

Australian Open 2020 tennis – where and when

This year’s Australian Open takes place at Melbourne Park in, you guessed it, Melbourne, Australia. It’s running from Monday, January 20 to Sunday, February 2.

The action starts most days at 11am AEDT, that’s midnight GMT, 7pm ET and 4pm PT. And then the evening sessions start at 7pm AEDT (8am GMT, 3am ET, midnight PT).

But something now has to give as Roger and Novak come face-to-face, with the victor facing one of Alexander Zverev and Nadal’s conquerer Dominic Thiem. Barty will need to overcome relatively little-known Sofia Kenin, while the Garbine Muguruza versus Simona Halep matchup could be an absolute classic in its own right.

The start of the 108th edition of the Aussie Open saw the aforementioned Novak Djokovic and Naomi Osaka defending their titles with the latter falling to the awesome Coco Gauff.

It’s all set for a fantastic last few days of action. Find out how you can live stream Australian Open 2020 tennis action from wherever you are in the world below.

How to live stream Australian Open tennis for FREE Down Under

Channel 9 is once again the rights holder for live TV broadcasts of all the action from the Australian Open for 2020. So for those with access to the channel it’s as easy as switching on the TV or using the app to enjoy all the action.

Not only that, but every match on every court will be streaming for free on 9Now, too. That means up to 16 live streams available at any one time.

However, if you’re away from the country and still want to catch that Australian Open coverage for free on Channel 9, you’ll soon find that it’s restricted when overseas. The only way around this we know is to get yourself a VPN, as we explain below…

For your watching options in Australia, the US, UK, Canada and New Zealand, we have more details below – just scroll down the page.

But if you try to watch your domestic coverage from somewhere outside your home country, you’ll soon find a problem…geo-blocking. That’s where the broadcaster prevents you from watching the feed overseas.

The best way to clear this net is to download and install a VPN (click the link if you’re a bit unsure of what that is). We’ve tested all of the major VPN services and we rate ExpressVPN as the absolute best. It’s compatible with loads of devices (e.g. Amazon Fire TV Stick, Apple TV, Xbox and PS4) and streaming services, ranks amongst the fastest and most secure, and even has an available 30-day money back guarantee so that you can effectively try before you buy.

And don’t forget that a VPN isn’t just for watching tennis. From unblocking restricted sites and watching Netflix in other territories, to adding an extra layer of security for online shopping and banking, it’s not hard to see why their popularity is increasing.

How to watch the Australian Open 2020: US live stream

For US residents, the Australian Open action will be broadcast by ESPN and the Tennis Channel. That means those with access can enjoy it on TV as part of their usual subscription package.

Cord cutter? ESPN is available on a range of TV streaming services, too. Check out the list below for more information on them.

For those looking to stream, the network’s subscription service ESPN will have a lot of coverage of the action from Melbourne, showing over 1,400 hours of action from the tournament this year, including all three doubles championships (men’s, women’s, mixed) plus the Boys’ and Girls’ Singles Championships, as well as the Wheelchair Championships. ESPN costs £4.99 per month and is adding an increasing amount of content to its roster – from UFC to FA Cup soccer and much more besides.

And if you have access to any of these services but find yourself outside the US this fortnight, then revert your eyes up and check out how getting a VPN could help.

How to live stream Australian Open tennis in the UK

This year UK residents will be able to catch the Australian Open action via Eurosport which has secured the broadcasting rights to the tennis Grand Slam event. That means you’ll need to have a subscription to enjoy everything from your TV. This can be attained via Sky, Virgin Media and TVPlayer.

For those looking to stream, there’s also the option of Eurosport Player and its dedicated app. It costs £6.99 per month, or £39.99 if you commit to a whole year.

Not in the UK this fortnight? Then don’t panic, as downloading and installing a VPN as described above will let you watch via the above services as if you were back in blighty.

The best ways to stream the Australian Open 2020 in Canada

In Canada the rights to all the tennis Grand Slams are owned by TSN, and the 2020 Australian Open is no exception. So that means you can access this via your TV, online or on the TSN app if you have access to the service.

Using a VPN is the way to go if you want to access an account when you’re overseas.

The best way to stream the Australian Open in New Zealand

In New Zealand you’re going to be able to catch all the action on Sky NZ, although this is obviously a paid-for service. It includes access on mobile and tablets via the Sky Go app.

If you want to catch the action but are out of New Zealand over the fortnight, you can of course use a VPN to access Sky’s coverage.

Australian Open 2020 FAQ: all you need to know

Who has won the most Australian Opens?

How much do the winners get at the 2020 Australian Open?

There’s a record prize pot of AUD$71 million in prize money up for grabs in Melbourne this year. Both the Men’s and Women’s winners this year will each pocket a tidy AUD$4,120,000.

What is the format of the Australian Open tennis?

The Australian Open is played at Melbourne Park, which is located in the Melbourne Sports and Entertainment Precinct; the event moved to this site in 1988.

How have the bushfires affected this year’s Australian Open?

Melbourne hasn’t been as badly affected as Canberra or Sydney by the fires, however, thanks to changing winds air pollution shot up to “hazardous” levels in the week running up to the event.

While the tournament is set to go ahead as scheduled, umpires have been told to stop play if air monitoring shows it is too dangerous to continue.

Foldable smartphones are about to get WAY better