Antivirus programs and VPNs are two of the most popular
tools netizens use to protect themselves online that are cheap and effective at
what they do at the same time. They are both very good at their specific field
of designed expertise. This means that one is not objectively superior to the
other.

The criterion must be first selected in order to determine
which one is more suitable for the narrowly defined requirement. With that
said, when deciding which is better for the specific purposes of preventing
attacks from unscrupulous hackers, it is important to assess each one based
on this standard before determining which one is more useful. 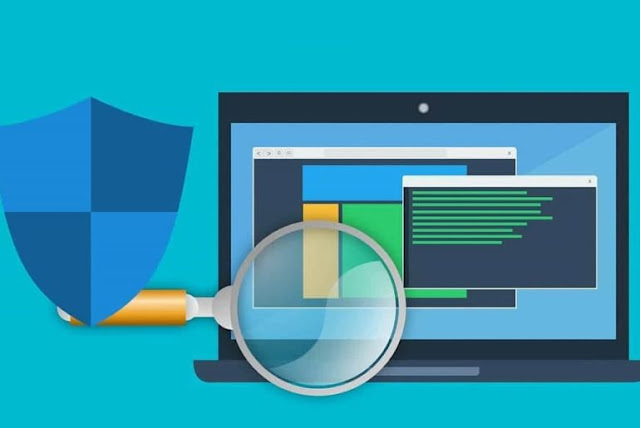 What Does a VPN do for You?

The best VPN
service will provide two main services, and those are encryption protection
and IP address protection. It performs the first one by layering every exchange
that comes in and out of your device with encryption.

Now, this does not necessarily mean that your exchanges will
not be intercepted. Indeed, there technically nothing stopping unprincipled
hackers from simply lying in wait for any exchanges to intercept and look at.

The difference now that a VPN is in operation is that all
these exchanges that are intercepted will have that layer of encryption over
them, making the information completely useless to the hackers unless they have
the exact same encryption program to decipher the exchange (they don’t).

The alternate IP address system works quite simply. Each VPN
has a list of alternate IP addresses that their customers can choose from. Once
you have settled on an IP address, simply choose it after the VPN has been
turned on and all exchanges will be rerouted through one of the servers located
in the place you chose as your perceived location.

Almost everything you see online will change noticeably. For
example, you will see country specific ads pop upon social media or Youtube
just because everyone online thinks that you are where your alternate IP
address says you are.

So, when anyone being overly nosy wishes to know where you
are, they will be none the wiser and their hacking plans will be foiled as a
result. You will be able to avoid most hackers’ attempts to find where you are.
And even if they somehow manage to break through and see your true location,
they will not be able to put any intercepted information to any use on their
end.

What an Antivirus Can Do for You

A good antivirus program works quite a bit differently. It
essentially tries to mimic the human antivirus system. When a virus enters your
computer, the antivirus program will identify that the virus is indeed a virus
and poses a threat to the well-being of the computer.

It will then examine the virus and observe the inner
workings of it as best as possible and figure out how to best tackle and
eliminate the virus. It will then proceed to counter the virus by forming into
the appropriate anti-virus for that specific virus and start to attack the
virus until the virus has been dealt with thoroughly.

You also have the option of performing a manual scan on your
computer whenever you wish. If you feel that your computer is performing
noticeably subpar, all you have to do is to go on to your antivirus software
and command it to perform an off-schedule scan of the whole computer.

The main fundamental difference between VPNs and antivirus
programs is that VPN operates with a preventative mindset whereas antivirus
programs generally operate on reactionary principles. Both are well-suited for
those specific goals, but only one can be best suited for a specific purpose.

And the Winner is…

For the specific
goal of preventing hackers from causing harm to you and your personal
information, having the services of a good VPN is the single most effective way
to ensure against unscrupulous hackers and their self-enriching habits.

This because VPNs are specifically geared towards protection
against harmful interceptions by outside third parties who can be a bit too
nosy for comfort. By employing high-grade encryption technology into their
service features, a good VPN ensures that you as a customer will be protected
against online incursions.

Ideally, the best possible way to go about the issue of
privacy protection is to employ the services of both the VPN as well as
antivirus program. This would provide the perfect double punch that will make
it all but impossible for hackers to either infiltrate your computer with
fiendish viral programs or intercept information going to and from the
computer.

But at the end of the day, in a contest with such a specific
criterion for victory, it must be said that if you could only pick one of them,
it would be best to acquire the services of a well-respected VPN.

Reviewed by Irfan Shakeel
on